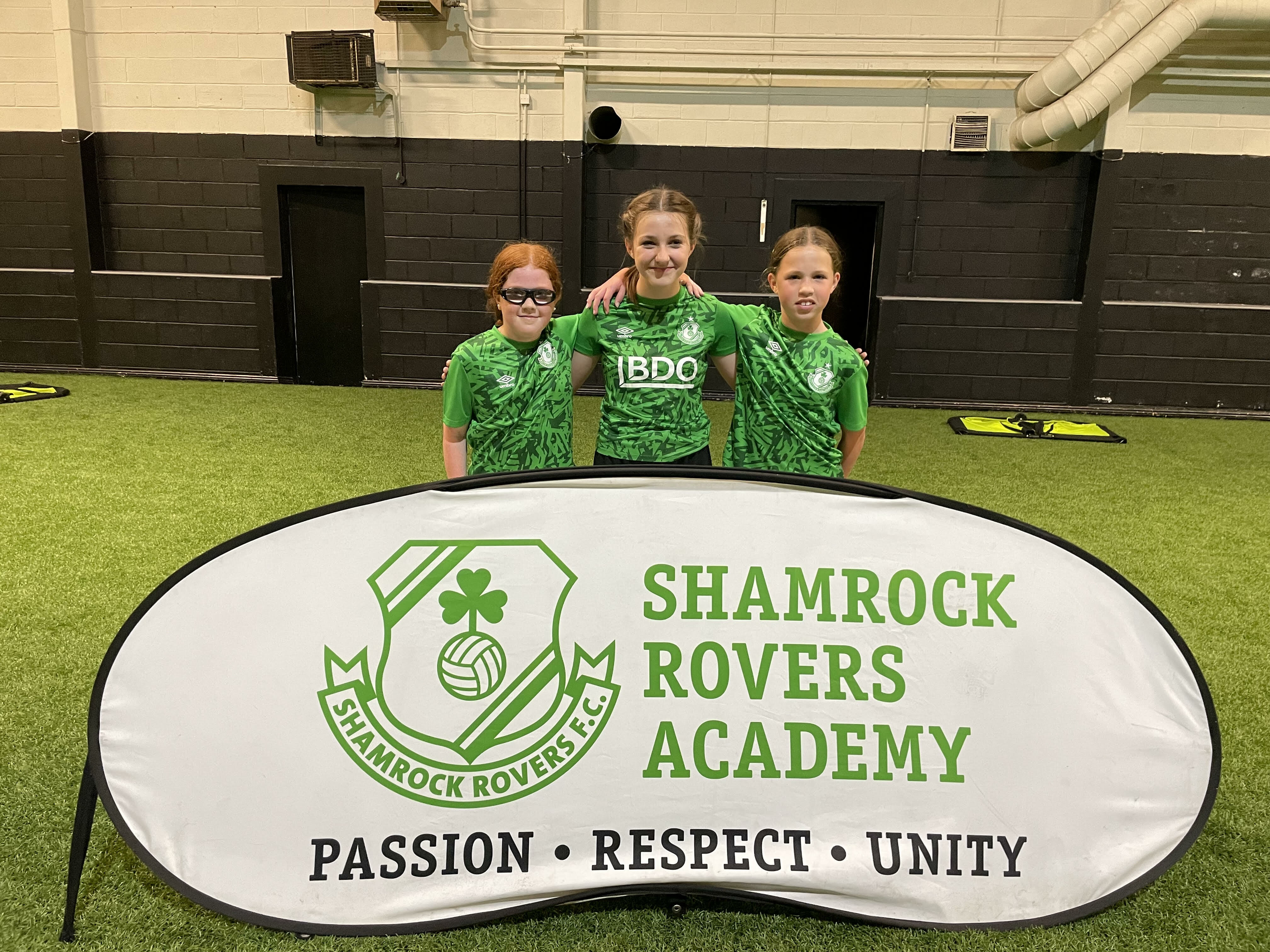 Liffeybank's relationship with Irish Football giants Shamrock Rovers as an affiliate club gives our players an opportunity to learn the Rovers Way by attending the Rovers Academy while still playing for Liffeybank.

Lauren, Molly and Skye are seen pictured in their Rovers Academy kits. The girls all play for our U14 girls team.

The girl's are only the first batch of players selected, further groups from Rovers affiliate clubs including more from Liffeybank will be invited in to train with the Rovers Academy Coaches over the next few months.

The girls also get the chance to speak to players from Rovers WNL U17 and U19 teams. This allows the girls to get a valuable insight to what it takes to play Women's National League while continuing to play for their local clubs.

Rovers announced this week that they are putting in an application to enter the WNL, this is another sign of their commitment to the Women's and Girl's game in Ireland. For these three Liffeybank girls and for future girls from the club the opportunities are endless.