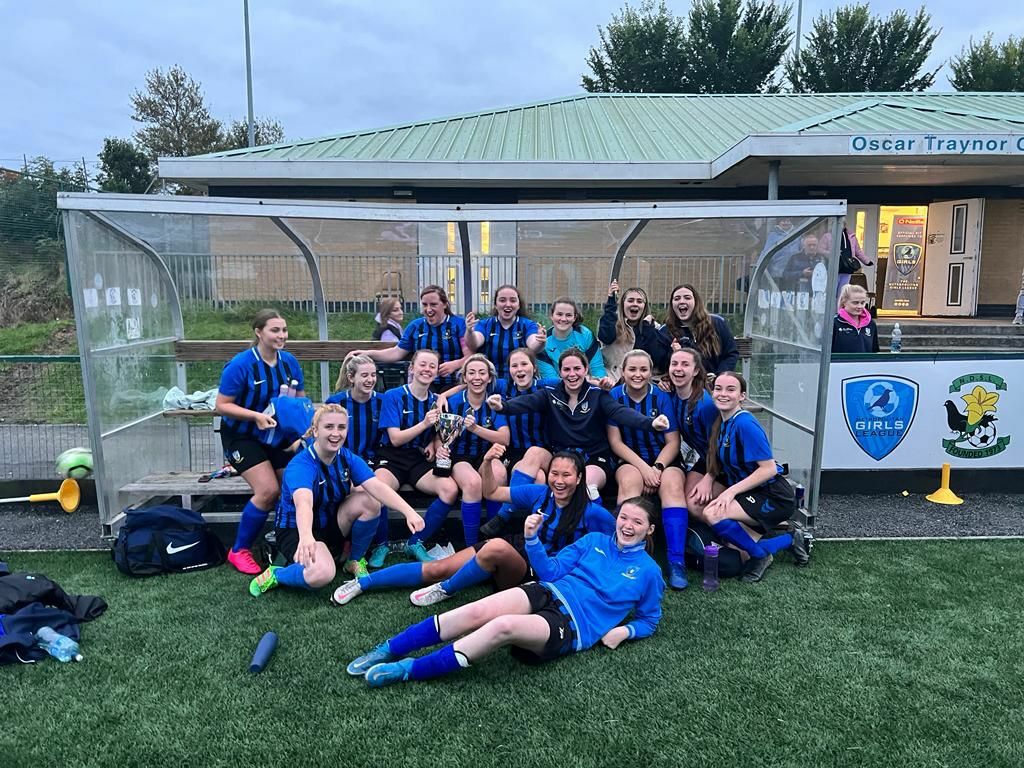 Liffeybank Women won the Home Instead Cup on Sunday after overcoming local rivals Leixlip United by two goals to one in the Oscar Traynor Centre. The teams had drawn twice against each other in the League this season so a close game was expected. In the end it was the girls in blue who were victorious. A first half strike by Fainche Grimes gave the "Town" a one nil lead at half time. Amy Tully increased that on the hour mark to give Liffeybank a two goal advantage. Tegan Dunne then scored a lovely volley to bring the Hoops within a goal but the Women in Blue held on for a deserved victory.

Liffeybank will open their new small sided pitch in St.Ca...

Liffeybank started their first campaign in the Leinster S...