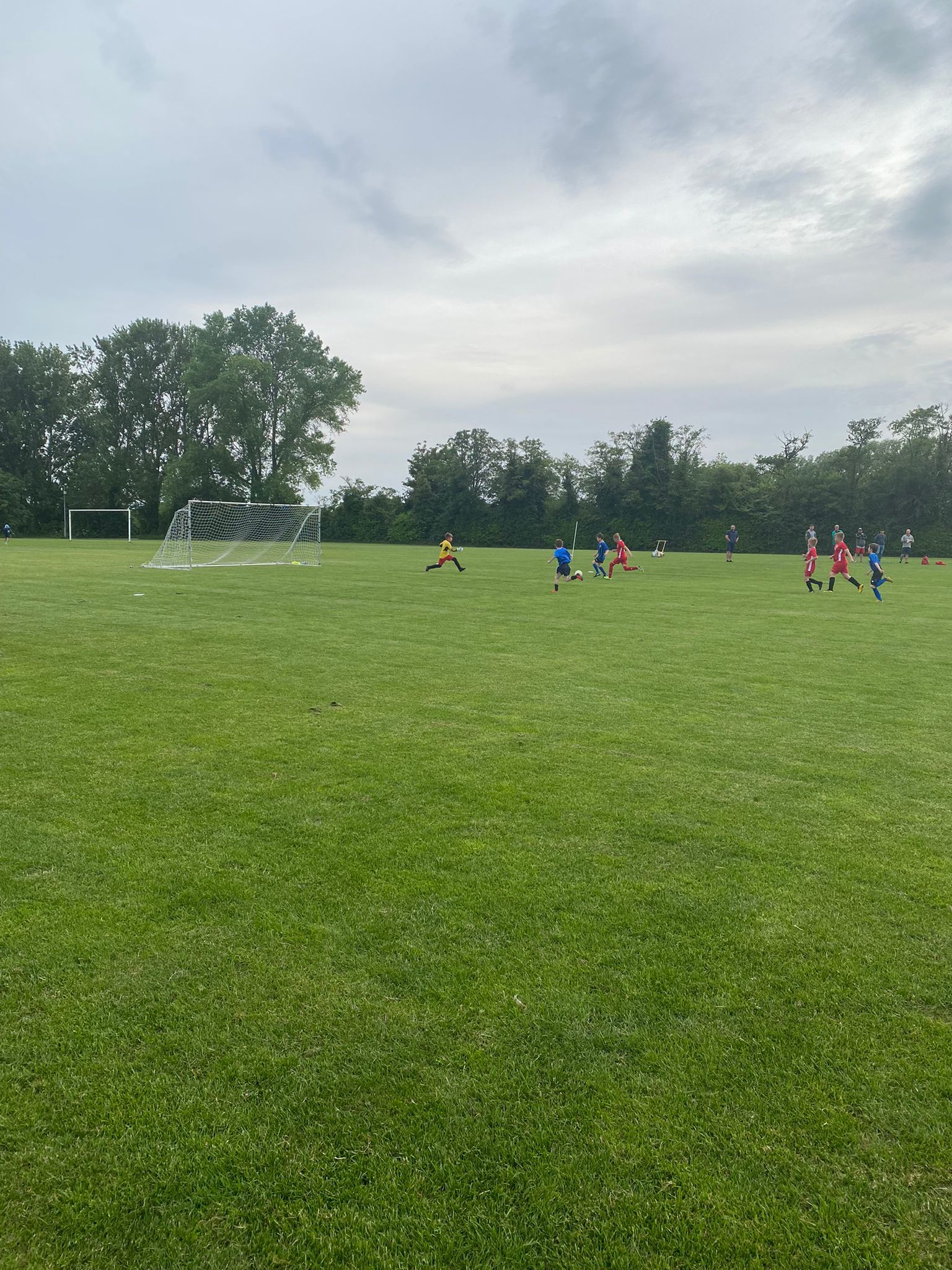 Thursday night in St.Catherine's Park saw the Clubs newest team play their first game ever. Dave Corscadden's Under 9's took to the field against a much bigger Dublin FC Youth Talent squad. The score wasn't recorded but both teams scored roughly 25 goals between themselves with the visitors probably hitting a couple more than the Liffeybank Lads.

A big crowd of parents for both teams watched from the sidelines and were really entertained with all the goalmouth action. The game was played over the 11 a side pitch on the Fingal side as our Leixlip side pitch is getting some well needed rest before pre-season starts for the girls and boys teams.

The team is still looking for boys of all abilities to join, so if you know of anyone born in 2013/14 just give us a shout on any of our social media platforms or Jim Keating 0868954323

Reminder; there is no Liffeybank Academy this Saturday be...