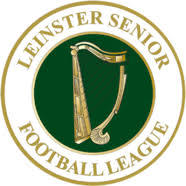 After a long and hard application process the club is one of only two that have been successful in gaining entry to Ireland's largest Adult Football League. Liffeybank last graced the LSL in 1995, since then the club has plied its trade in the Kildare League, United Churches League and most recently over the last two seasons in the Athletic Union League. A return to the LSL shows the ambition of the Men's Section. It won't be known exactly what Divisions the clubs two Men's teams will play in yet as there is a reorganisation taking place but we hope to be accepted into Premier 1 Sunday and Division 3 Saturday.

We would like to put on record our gratitude to the AUL and its officials over the last two years. Professional in their approach and always on call for advice and guidance, we would not have come so far in such a short time without their knowledge and help.

Men's Secretary/Manager Glenn Murphy is looking forward to the new challenges that lay ahead and to the large number of local derbies that are now possible. St.Catherine's Park could be hosting a number of clubs that are situated not far outside its boundaries. With the 2022/23 season starting back early Liffeybank will be in pre-season training on Saturday 11th June at 12 noon, any potential player can contact Glenn on 0851249830 or contact the club on any of its social media platforms.