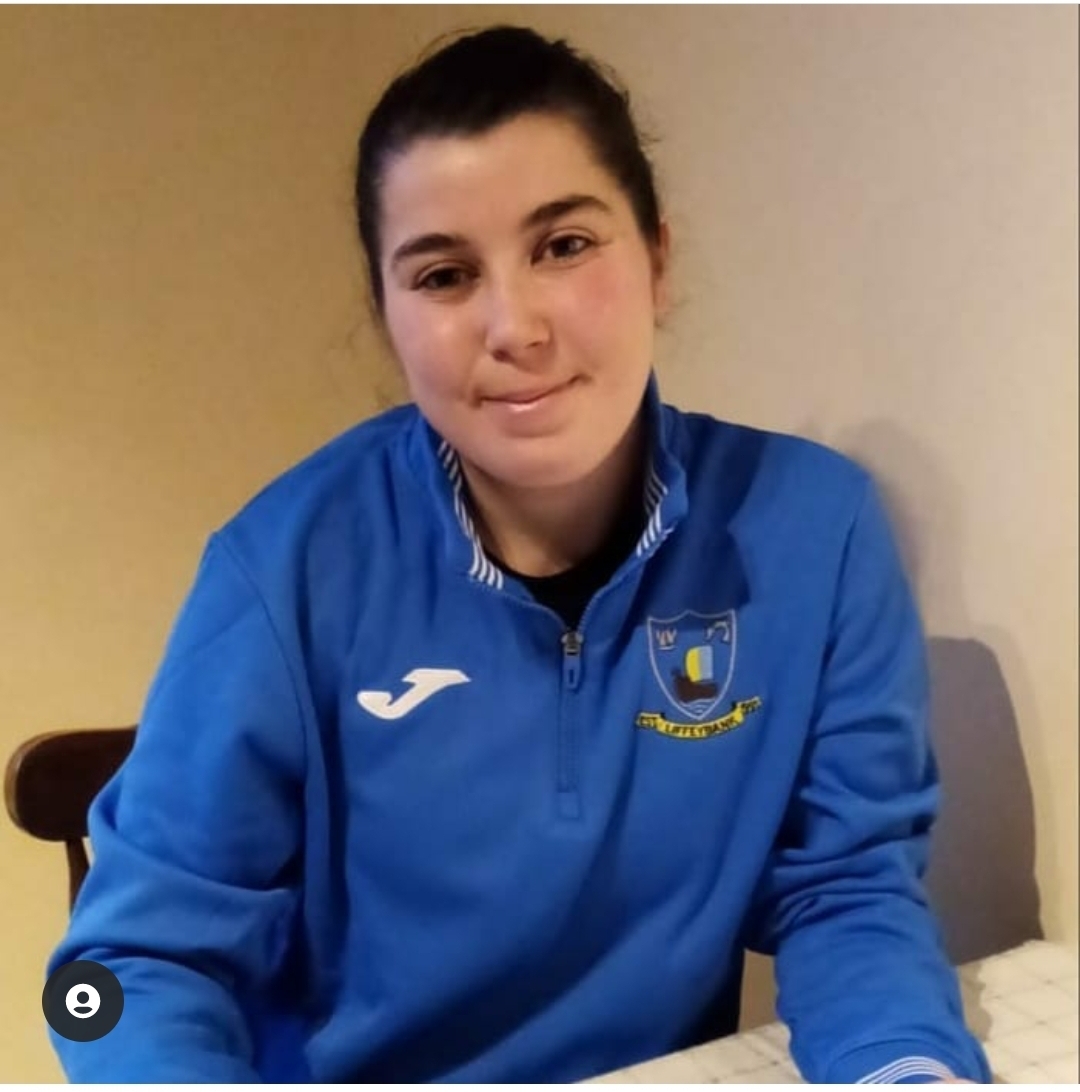 Liffeybank’s Eastern Women’s Football League team hosted their second County Wicklow side in as many games in St. Catherine’s Park Monday evening when the played Wicklow Rovers. The hosts started brightly with an early chance for the returning Katie Maxwell (pictures) after 3 minutes. Following an opportunity for the visitors, soon after Ruth O’Hurley broke down the right wing forcing a corner. Marie O’Neills driven delivery saw Sarah Scully power the ball home with a great header on 12 minutes. Two minutes later Ruth got her reward for her hard work sneaking the ball past the goalkeeper at the near post. Wicklow Rovers hit back in the 19th minute following a speculative long clearance making it 2-1. Liffeybank reacted well and Marie scored with a lovely 25 yard effort on 22 minutes after some great midfield play by Fáinche Grimes playing in a deeper position for the day.

With Liffeybank’s makeshift defence keeping Wicklows attack under control, once again Ruth broke down the right hand side playing a wonderful assist in for Katie Maxwell to score making it 4-1 in the 30th minute. Five minutes later Liffeybank’s young hit woman Amelia Carroll scored a fantastic long rang goal looping the ball into the corner of the Wicklow Rovers net. The Vikings went in at half time 5-2 up following another goal for Wicklow on the stroke of half-time.

The visitors rallied during the break and started strong 2nd half and managed to score a 3rd goal on 53 minutes. However Liffeybank expertly managed the game and Amy Tully can count herself unlucky not to score after a solo run led her to hit the crossbar with a rasping shot. With a calm performance at the back and in goals from Orla Counsel Liffeybank remained in control for the second half and got their sixth goal on 85 minutes after Marie scored from a free kick following a back pass from the Wicklow side.

Superb performance from the entire squad which see Liffeybank with 6 points from 6 in League 2 of The EWFL.