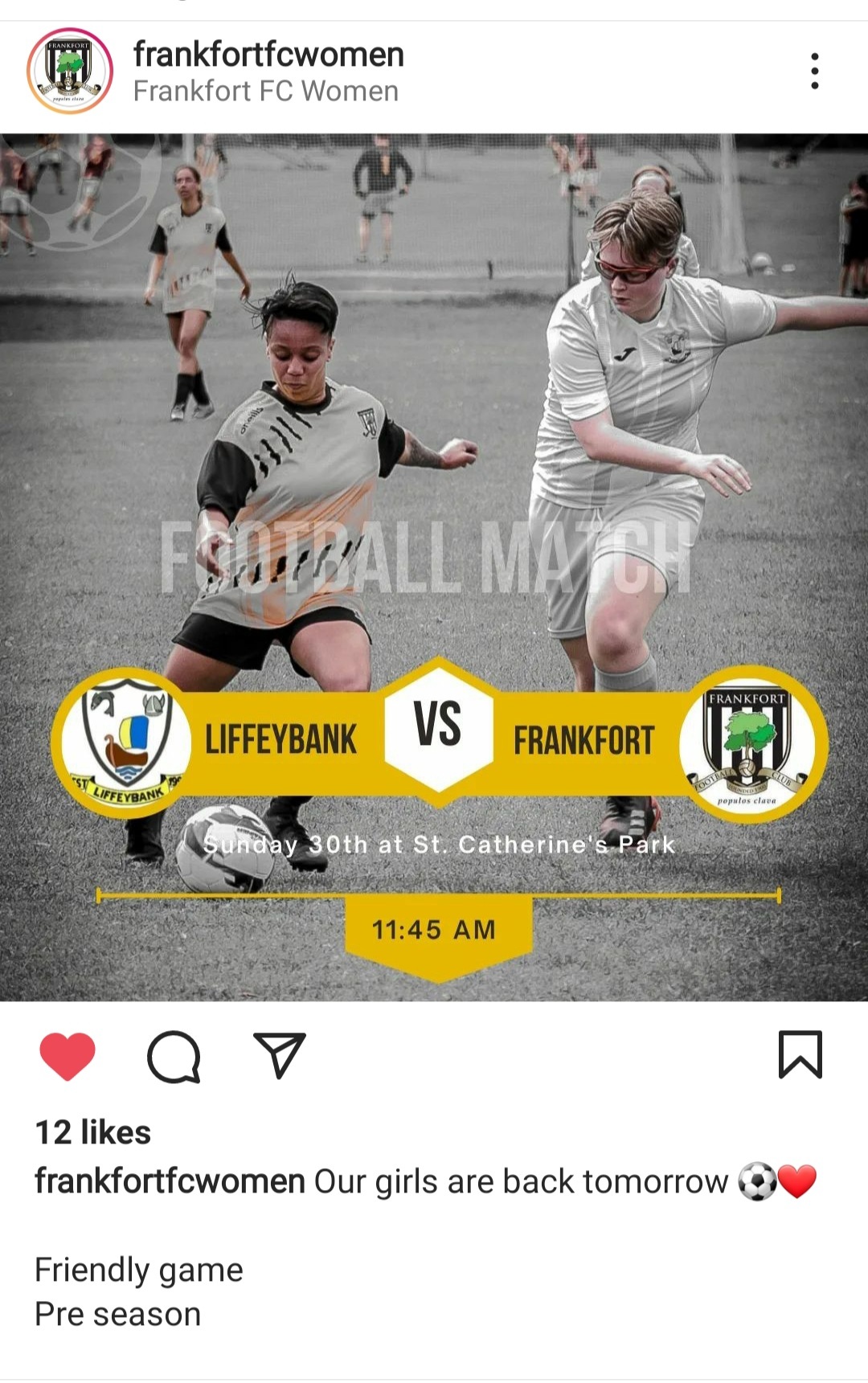 Later today in St.Catherine's Park over One Hundred and Twenty girls and women will line out for Liffeybank Football Club and their opponents. All four female teams find themselves in action at home, both on the Kildare and Fingal sides of the Park.

First up are the Under 10's playing against Donnycarney Celtic at 10am on the small sided pitch just inside the Glendale Meadows pedestrian entrace. Also at 10am the Under 15's are playing Larkview in the O'Neill's Sportsware Cup 2nd Round, the older girls are playing on the club's 11-A-Side pitch on the Fingal side by the Canal.

The U13's take on local rivals Maynooth Town in the 1st. Round of the Malahide Coaches Cup on the small sided pitch after the Under 10 game and the day is finished off when the Women's team play Frankfort in a pre-season friendly after the Under 15 girls at 11:30am.

Why not come up and cheer on the girls, all support is welcome. The club also run a Women's Recreational Team on Tuesday nights in Colaiste Chiarain.

Liffeybank will open their new small sided pitch in St.Ca...

Liffeybank started their first campaign in the Leinster S...